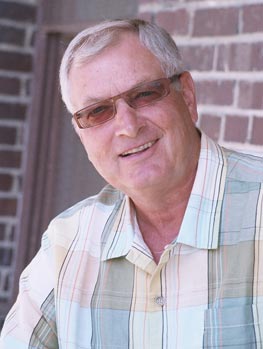 Sam Andrew grew up on a farm in the rolling hills of the Pembina Valley near Morden. He earned an agriculture degree from the University of Manitoba, and then changed his career upon articling with the Morden office of Sill Streuber Fiske & Company. In 1975 he graduated as a chartered accountant and became a partner of Tom Sill and his colleagues in 1978.

In 2001, upon the merger of Sill Streuber Fiske & Company with BDO Dunwoody, Sam moved to Winnipeg and became the region’s managing partner for BDO.

Curling and golf have always been important to Sam, and he excels in both. He volunteered his time in various capacities to his curling and golf clubs. Sam has also enjoyed travelling, particularly to unconventional destinations and by interesting means.

Sam joined the Thomas Sill Foundation as a governor in 2008 and retired as the Foundation’s fourth president in 2010. During his tenure Sam always demonstrated empathy and understanding for the challenges facing charitable organizations. His chairmanship of meetings was efficient and fair.

Sam and Merle intend to enjoy retirement and the blessings of four children and a growing number of grandchildren.