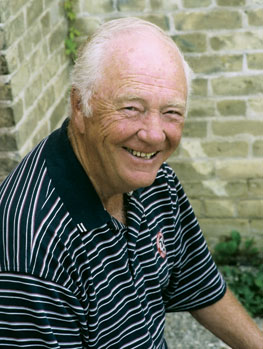 Milt McLean retired as president of the Thomas Sill Foundation on December 31, 2009.  This concluded 22 years of service to the Foundation as a founding governor.  During that period he also served as vice-president and treasurer.

In 1966, Milt earned his chartered accountant designation and four years later became a partner in the accounting firm of Sill, Streuber, Fiske & Co.  He subsequently became its managing partner.

Service to the community has included board membership with the Manitoba Heart & Stroke Foundation, the River Heights Community Club and the Royal Lake of the Woods Yacht Club, all of which he served as treasurer.  Milt was also on the board of the Winnipeg Jets of the World Hockey Association and coached minor hockey in his neighbourhood.

Milt and Scooter have been married since 1963.  They have 3 children and 7 grandchildren all of whom they enjoy immensely.